Sony's entry-level Blu-ray player, the BDP-S380, has an impressively wide range of features. It's a great player for watching Blu-ray movies, but it a...

No built-in Wi-Fi ; No optical digital output ; Remote is a little cramped

The Sony BDP-S380 is an excellent Blu-ray player that has the added bonus of Sony's BRAVIA Internet Video service. We're disappointed with the lack of optical digital output, and the fact that Wi-Fi is an optional extra, but this is an outstanding...

Sony's latest entry-level player is light on features but killer internet content is its saving grace.

There's a wide range of decks on the market designed to satisfy any budget, from bog-standard affordable models to pricey high-end affairs, and we've selected six for you to consider.

Considering the Sony BDP-S380's price, it's hard to find a better-equipped or faster Blu-ray player.

The BDP-S380 is another Blu-ray bargain from Sony

Only the brilliance of new Panasonics

Best Blu-ray player up to £120, Awards 2011. This is yet another fine Sony budget Blu-ray player, but – at last – there’s some really tough competition in the market

Sony's bottom-of-the-range Blu-ray spinner offers a lot in performance and specifications for its meagre £130 ticket, but misses out on a couple of the key features that its BDP-S480 sibling brings to the party for only £20 more. With that in mind,...

A Sony Blu-ray player for the boracic lint

Sony have been focusing hard on the Indian audience with their Blu-ray players and home theatre systems. We recently reviewed the BDV-E980 3D Blu-ray home theatre system and besides it performing well, it offered fairly good value for money. In this...

The Sony BDP S380 sells at a maximum retail price of Rs. 8,990. This is a really good Blu-ray player by itself. Sony adding a LAN port and incorporating the Bravia Internet Video in it made this a great player. The only issues we had was that it had...

We were seriously impressed with Sony's 2010 range of Blu-ray players, giving the BDP-S370 a Best Buy award. The sheer number of features packed into the tiny player combined with a surprisingly low price made it the obvious choice for most people.

Improvements over the S370 are few and far between, and it's disappointing not to see iPlayer in HD. DivX support has gone, and start-up is slower. 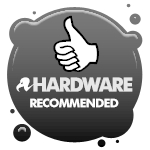 Review Sony's BDP-S380 Blu-ray bantamweight packs quite a punch. A mere 36mm tall, it barely looks big enough to swallow discs, but this plasticky pugilist can hold its own against full-size separates and is well stocked with features.

Overall, this unassuming deck has a lot going for it. Its BD playback quality is great, SACD is an appreciated bonus and having IPTV on tap ensures you’ll always have something (rubbish) to watch late at night. The deck is also a decent media player –...